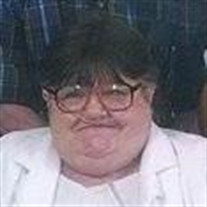 On March 16, 2018 at the age of 60, Christina Louise Kiplinger-Johns(maiden- Havlatko) passed away peacefully at the Laurels of Canton in Canton, OH. She was born in Long Island, New York on May 7, 1957, Christina grew up in the lower Westside of Cleveland, Ohio. She leaves behind her beloved husband Fred Russell Johns, Jr. whom she married May 10, 1999, of Canton, OH as well as her sister, Jeannette Earley of Cambridge, OH, her mother, Margaret Richards of Cambridge, OH, daughter Karen Crock, Senecaville, OH, nieces, nephews, and many other friends and extended family she held near and dear to her heart. Also preceded in death by her father Frank Edward Havlatko as well as grandparents as follows: Louise and Howard Golden and Catherine Havlatko, as well as two uncles: Robert Havlatko and ‘Dick’ Havlatko. In 1973, Christina had dropped out of high school. She was a rebel in nature having been raised Catholic. However, after the birth of her only child, Karen Anne (1974), Christina decided to gain her General Equivalency Diploma and become a writer. She went on to college and graduated from MATC as a Phi Theta Kappa member with her associate’s degree in criminal justice in 1994. Christine became well known to many through her writings. It all began with her first story was published in 1980 with a small press effort, Undinal Songs. In December of 1983, Christina's story "Dreams & Fantasies," was dramatized by the American Cancer Society and presented as a musical at the Cambridge Performing Arts Center (Cambridge, Ohio). Pan's 25th Horror Collection (London, UK) in late 1984 contained a short story by Christina entitled "Grave Business." This was her first publication paid at professional rates. Most exciting was that the volume also contained a story by major American writer Stephen King. The 25th edition was also the final edition to be edited by celebrated writer and editor Herbert van Thal. As Christina Kiplinger-Johns, this writer has seen over 600 pieces of her work published. She’s listed with Poets & Writers, Inc. Her biography is included in Who's Who in the Midwest and she is listed in International Authors and Writers Who's Who (London, UK). She is also listed as a Distinguished American two years in a row by the American Biographical Institute. Her first poetry book, co-authored with Maria Alexander, was published by Medium Rare Books and entitled Biting Midnight (2002). She also was a member of Poets & Writers, Inc, Society of Professional Journalists (SPJ), and Horror Writers Association. Finally, this Ohio-based writer/photographer has been a correspondent for The American Chronicle, the first daily online newspaper. She has also served as a correspondent for the now defunct European Press Network (Paris, FR). While Christina had spent her life writing, she also maintained her own insurance agency in Cambridge, Ohio, at which time she represented five insurance companies (1980s). In the early 90’s during her college days she ran her own retail business and was well established with flea markets. Following that Christina spent some years in photography/retail at Sears and K’mart studios. She also enjoyed being a mystery shopper and researcher for a number of marketing agencies. But nothing could ever compare to the years she spent at AAA which she retired from in 2009. Christina’s most fond memories were times well spent with her husband, her daughter, her grandsons, as well as: co-workers at AAA in Canton, OH (worth mentioning: Mabel Jones, Marcia Shifflet, Marci Smythe, Lisa Thomas, and Scott Kinser whom she shared many laughs and stories with) who became close like family, her closest friends: Jacqueline Adams, Dianne Gill, and Dyanne Hudson-Gray.

On March 16, 2018 at the age of 60, Christina Louise Kiplinger-Johns(maiden- Havlatko) passed away peacefully at the Laurels of Canton in Canton, OH. She was born in Long Island, New York on May 7, 1957, Christina grew up in the lower Westside... View Obituary & Service Information

The family of Christina L. Johns created this Life Tributes page to make it easy to share your memories.

Send flowers to the Johns family.