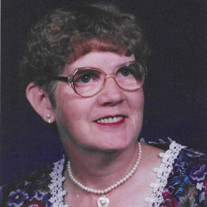 Corrine Mae (Staats) Lewis Dayton, age 88, formerly from Louisville, passed away peacefully in her sleep on Wednesday, October 13, 2021 at The Inn at Whitewood Village, North Canton, Ohio. Corrine was a loving wife, mother, and grandmother. Corrine was born July 5, 1933 to the late Mitchell and Gracie Staats. Corrine was also preceded in death by her husband Donald R. Lewis who she was married to for 36 years before he passed away in 1988. Corrine was also preceded in death by her second husband Danny Dayton who she was married to for 23 years before he passed away in 2021. She was a devote Christian and member of The Bible Believers Baptist Church and prior to that a long time member of the Louisville Baptist Temple. Corrine was a member of the Sunshine Senior Group, Secret Sisters of Louisville Baptist Temple and always made meals for church dinners and functions. She was a worker bee at the church which she loved so much. Corrine always had a smile on her face. She was always the most positive person. Her heart was made of gold and she will truly be missed. She was also preceded in death by her siblings Irene Ferris, Mitchell Staats Jr., Geraldine Reed, and Mary Jane Moore. She is survived by her brother, Luther (Donna) Staats; her three children Kevan (Mickey) Lewis, Travis (Jane) Lewis, and Kimberly (Richard) Haines and six grandchildren Scott (Kelly) Lewis, Jason Lewis, Brian (Jen) Lewis, Nathan (Lauren) Haines, Treg Lewis and Amanda (Vince) Blonigen; and seven great-grandchildren, Gabrielle, Dominic, Kaylee, Mackenzie, Zoe, Casey, and Delaney, and one great-great grandchild, Bryce; along with step-daughter Lori (Gary) Bigler. Services will be Monday, October 18, 2021 at 11:00 AM in the Schneeberger Funeral Home where friends may call from 10:00 to 11:00 AM before the service. Burial will follow in Sunset Hills Memory Gardens. To sign the online book and read the complete obituary, visit us at www.Schneebergerfuneral.com. In lieu of flowers, please make a donation to your favorite charity in her memory.

The family of Corrine Mae Lewis Dayton created this Life Tributes page to make it easy to share your memories.