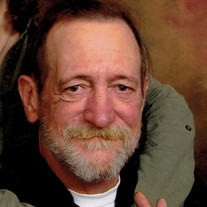 There will be a memorial gathering and celebration of Donny&#8217;s life on Saturday, June 10. This will take the place of a traditional funeral and calling hours, per his wishes. All friends, family, and acquaintances are invited to help... View Obituary & Service Information

The family of Donald S. Emhoff created this Life Tributes page to make it easy to share your memories.

There will be a memorial gathering and celebration of Donny’s...

Send flowers to the Emhoff family.