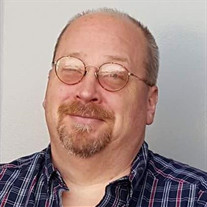 Dr. Timothy J. Weir died on Saturday, March 24th in Canton, OH at age 57 He was preceded by his parents Russell F. (Patricia) Weir Jr., his siblings Russell F. (Karen) Weir III, Kathleen Richards, Darlene Newbanks, and his nephew Aaron Richards. Survived by his wife of 30 years Nicki (Powell) Weir, his daughters Laurel (Alex) Mundell, Emily (Mario) Chadinha and his precious granddaughter Evelyn Chadinha; brother-in-law Ron Richards and sister Kelli Gevas. Tim joined the Plain Township Fire Department Station #1 as a young cadet firefighter in 1979. Tim served his community as a firefighter / Emt - A from 1979 to 1984 when he took 2 years off to finish his college degree. After obtaining his certificate as a Doctor of Chiropractics, Tim returned to the fire service in 1986. Tim’s leadership skills and dedication to the fire department earned him the rank of Captain in 1992. He was a mentor, leader, friend, and a man of God to all his brother firefighters. Tim didn’t know the meaning of “it can’t be done”. Captain Timothy Weir retired in 2008 after 27 years of dedicated service to the Plain Township Fire Department Station #1. Tim loved being a chiropractic physician, he loved his patients and he was always willing to fight for his patients rights to seek chiropractic treatment. Tim decided over 20 years ago, to get involved with chiropractic issues in Ohio. Tim served as an Ohio State Chiropractic Association District 14, (North Central Chiropractic Academy), District Director for several years and served as the Ohio State Chiropractic Workers Compensation Chairman for a couple of years. Tim was a very vocal supporter of the chiropractic profession. Tim was focused to increase Ohioans' access to chiropractic treatment across the state of Ohio. Tim was a member of an initial team created to develop chiropractic seminars across the state of Ohio which educated chiropractic physicians about documentation and Ohio Workers Compensation rules, regulations and policy. Tim was a faithful husband, loving dad to his two daughters and a doting Papaw to little Evie. He had a generous heart and would give you the shirt off his back. He is loved, respected and missed by many. Services will be Saturday March 31, 2018 at twelve Noon at Open Door Baptist Church, 7688 Market Ave. N., North Canton, OH 44721 where friends will be received from 10 am- Noon before services. Burial with Fire Department honors “The Last Alarm” will follow in Sunset Hills Burial Park. To send messages of comfort or share a memory visit us at: www.SchneebergerFuneral.com Schneeberger 330-456-8237

The family of Dr. Timothy J. Weir, Chiropractor created this Life Tributes page to make it easy to share your memories.