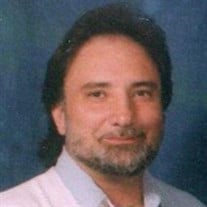 CELEBRATION OF LIFE AT NEW GROUNDS CAFE IN WALNUT CREEK, OHIO AUGUST 14, 2021 FROM 3-5 PM (SEE MAP FOR DIRECTIONS) Edward P "Eddie" Pauline passed away peacefully of complications early morning Sunday, December 6 2020. Eddie was born October 28 1954 in Canton Ohio. He grew up on the farm life on Faircrest Rd and then moved to another farm on Richville Dr., where he took care of many animals consisting of cows, pigs, sheep, and chickens. He attended Canton South Schools until his mother passed away from a house fire. Eddie was a sports fan of the Cleveland Browns, Ohio State, The Indians and the Cavaliers, and never missed watching a game. He also had a love for the outdoors, boating, fishing and especially hunting for deer in the cold winter seasons. Music was the biggest part of his life. He learned at an early age how to play the accordion from his father, who also played accordion, and Eddie would take his accordion and play at parties and get togethers for anyone who would listen. But most of all was the love of playing the drums. He played in several bands; whose names were Brandywine, Stoney Bottom, Code West and New Creation. But the longest running band that he started was Rodeo Drive, which was well known and followed by many. Eddie preceded in death his parents: Henry and Katherine Pauline, his sisters: Irene, Francis, Margaret, Anne, Helen, and his brother John Henry, and his best friend Michael "Mikey" Meese. Eddie left behind his loving wife of 31 years, Tammara "Tee" Pauline and his "Pride and Joy", his one and only daughter Shayla Pauline. Other family members he left behind was his closest niece Gina Daniels and her sons Joshua Daniels and family, Shawn Daniels and sons, and Tiffany Snyder, who look up to him as a father figure, and her family. Leaving behind other nieces and nephews are the Bennet family, the Deloreto family, the Sorge family (Maiden Name), the Pachmeyer family, the Nycum family and finally the Dunham family. Aslo leaving behind his closest friend's wife Tracy Meese, who is still part of Tees life. He was loved by many family and friends and will be missed dearly. Services will be held at the Sandyville United Methodist Church, 11228 West Ave. Sandyville OH 44671 on Tuesday, December 15, 2020 at 1:00 pm. A celebration of life will be held in the spring due to the Covid epidemic. Future date and time will be on Facebook.

The family of Edward P. "Eddie" Pauline created this Life Tributes page to make it easy to share your memories.

Send flowers to the Pauline family.