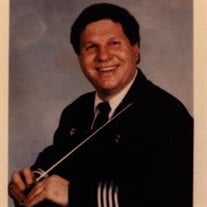 Gary L. Boylan age 66, of Canton, passed away October 25, 2018 at St. Joseph Care Center. Born in Canton, Ohio on April 26, 1952 to the late Robert and Irene (Pierro) Boylan. Graduate of McKinley High School, Class of 1970. Member of Ohio State University Marching Band from 1971- 1973. Member of the Best Damn Band In The Land 1974 to present. He received his B.A. in History from the Pontifical College in Columbus, Ohio in 1984,received his Secondary Education Certificate from Walsh College in 1985 and M.A. in History from Akron University in 1995 and Eucharist Ministry at St. Peter’s Church. He was a member of All Ohio State Fair Boys Band 1968-69 and a staff member in 1988. From 1972-1979 he was a music arranger for the Massillon Tiger Swing Band and a volunteer Associate Band Director for McKinley High School Band from 1975-2005. From 1985-1989 he was Assistant Band Director at St. Francis DeSales in Columbus, Ohio. 1989- 1991 he was Director of Band and Choir at Lake Catholic High School in Mentor, Ohio. 1996-2000 he was Director of Bands and Choir at St. Thomas Aquinas in Louisville, Ohio. From 2000- 2005 he was Music Representative for Lentine’s Music in Akron, Ohio. 2013- present he was a substitute teacher through the Stark County Board of Education. In addition to his parents, he is preceded in death by his brother, Robert Boylan Jr. Survived by his sister, Carol Chiolo and his nephew, Michael Chiolo of Canton; brother, Terry and his wife Hilda of Phoenix, AZ; niece, Teresa and her husband, Aaron Smith of Phoenix, AZ; niece, Lindy Marie and her husband, Gregg Baker, of Phoenix, AZ; brother, Timothy and his wife, Sharon Boylan of Las Vegas, NV; nephews, Eric Boylan and his wife Tonya and family of Las Vegas, NV and Jeffrey Boylan and his wife Jennifer and his family of Las Vegas, NV; brother, Patrick and his wife, Christine and family of Columbus, Ohio; and a special friend, Marjorie Burkhart of Canton, who was instrumental in helping Gary during his recent hospitalizations and nursing care placements. A mass will be held at St. Peter’s Church in Canton with The Very Rev. John R. Sheridan, S.T.L. Pastor as celebrant at (NOTICE CHANGE 10 am) on Saturday, November 10, 2018. Burial will follow in Sunset Hills Memory Gardens. To share a memory, send condolences, or read complete obituary, visit us at www.SchneebergerFuneral.com. Schneeberger Funeral Home 330-456-8237.

The family of Gary L. Boylan created this Life Tributes page to make it easy to share your memories.

Send flowers to the Boylan family.