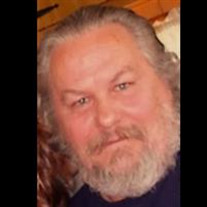 Harold F. Barremore Jr. age 68 of Canton, Ohio has gone home to be with Jesus on September 18, 2017. Born in Lake Charles, Louisiana to the late Harold and Frances Barremore. He is survived by his wife of 44 years Florence Barremore; 4 children... View Obituary & Service Information

The family of Harold F. Barremore Jr. created this Life Tributes page to make it easy to share your memories.

Send flowers to the Barremore family.