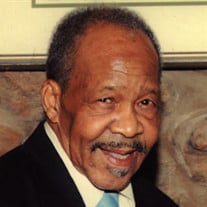 Harry L. Wheat On November 10, 2016 Harry Leonard Wheat left his earthly home to travel to his eternal resting place. Harry also known as (Kelly) was born on April 5, 1926 in Old Virginia. He worked in the coal mines of West Virginia where he... View Obituary & Service Information

The family of Harry L. Wheat created this Life Tributes page to make it easy to share your memories.

Send flowers to the Wheat family.