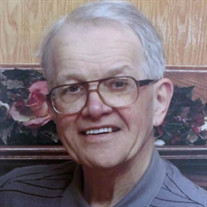 JOSEPH F. WERNER Went home to the Lord on December 31, 2021. Joe was born April 3, 1934 in Marlboro, Ohio. He graduated from Marlboro High School class of 1951, one of twenty four seniors. Joe served in the United States Army in the mid-1950s and was advanced to the rank of Warrant Officer after attending guided missile school. He received a bachelors of science in civil engineering from Ohio Northern University in 1959. He attended the University of Arizona and taught at Carnegie Tech in Pittsburgh. Joe worked for Goodyear Aerospace and AircraftBraking Systems for 34 years, retiring in 1999. In his retirement years Joe was a volunteer with the AARP helping with income tax preparation. He was an avid contract bridge player, bowler and square dancer. Being a voracious reader, especially in nature and science, Joe never stopped learning new things about the earth. He was an amateur astronomer and built his own telescope. Joe met his wife Bev at Myers Lake ballroom in Canton Ohio. They were married on June 21, 1958, in Akron, Ohio.They lived in Jackson Township and raised four children.They attended Saint Mary’s Catholic Church in Massillon, Ohio where Joe was a member of the men and boys choir for many years. They also attended Saint Joseph’s in Massillon. Joe also enjoyed taking the family on many wonderful vacations. Joe was preceded in death by his wife Bev, sisters Joanne Kindler and Suzanne Holland. He is survived by his four children Joan Richmann, John(DeeDee) Werner, Becky (Jim) Ferguson, and Tom Werner; seven grandchildren: Philip (Jeannette) Richmann, Angela (Jojo) Okyere, Kelli (Andrew), Juli Werner, Emily Werner, Katharine Werner, and Sierra Ferguson; and seven great grandchildren: James, Jacob, Jesse, and Haley Richmann; Aliyah, Ethan, and Jayden Okyere. A celebration of life will be at a later date. In lieu of flowers, a donation can be made to the American Diabetes Association.

JOSEPH F. WERNER Went home to the Lord on December 31, 2021. Joe was born April 3, 1934 in Marlboro, Ohio. He graduated from Marlboro High School class of 1951, one of twenty four seniors. Joe served in the United States Army in the mid-1950s... View Obituary & Service Information

The family of Joseph F. Werner created this Life Tributes page to make it easy to share your memories.

Send flowers to the Werner family.