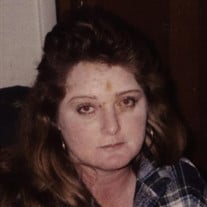 Pamela S. Thompson Born December 21, 1960 in Massillon, Ohio and passed away Monday December 26, 2016 in Aultman Hospital surrounded by her loving family. She attended Lincoln High School and Stark State College and was preceded in death by... View Obituary & Service Information

The family of Pamela Sue Thompson created this Life Tributes page to make it easy to share your memories.

Send flowers to the Thompson family.