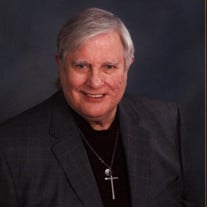 THE REV. RICHARD LEE BURNS, UNITED METHODIST MINISTER The Rev. Richard Lee Burns, 88, of Uniontown died May 1, 2018. Born in Akron, in 1930, he grew up in Uniontown (East Moreland), and attended Uniontown Public Schools where he graduated in 1947. He graduated from Ohio University in 1951 with a major in philosophy. He received a Master of Divinity degree from Boston University School of Theology in 1954. At Boston he studied under Howard Thurman and was a classmate of Martin Luther King Jr. In the 60s and 70s he did further graduate studies at Boston, Yale and Princeton. He studied two summers in Rome, Italy, with the Society of the Precious Blood of the Roman Catholic Church who made him an honorary missionary of the Society. His ministries with The United Methodist Church include Sunbury and Berkshire UMCs (1954-1958); Seven Hills UMC (1958-1966); Niles First UMC (1966-1975); Canton District Superintendent (1975-1981); Euclid East Shore Church (1981-1992) from which he retired in 1992; and Trinway and Prospect UMCs as a retired supply pastor (1998-1999). After retirement he lived in Cuyahoga Falls, Ohio; Canal Fulton, Ohio; Edinburgh, Scotland; Marysville, Ohio; Ocala, Florida; and Uniontown, Ohio. Survivors include his son John of Canton, son Paul (Carol) of Cumming, Georgia, daughter JoBeth Burns-Womack (Ray) of Columbus, daughter Rebecca Howard of Little Rock, Arkansas, stepson Nicholas Valenti (Lindsay) of North Ridgeville, granddaughters Amelia Burns and Marissa Sheila Valenti, grandsons Sajeev Howard, Duncan Howard, Griffin Burns and Ryan Valenti, and niece Barbara Burns (Joe Richter) of Scottsdale, Arizona. He was preceded in death by his spouse of twenty years, Sheila Coupar, parents Warren L. and Marjorie Patterson Burns, brother John (killed in the Philippines in 1942), brother Robert and his wife Joan Burns, and daughter-in-law Sandra Ballard. The body has been cremated and will be interred in Greenlawn Cemetery, Uniontown, in the family burial plot. A memorial service will be held at 3:00 p.m., Sunday, June 24, at the Uniontown United Methodist Church. Friends may call on the family at the church before the service (2:00-3:00 p.m.). Officiating will be The Rev. Joe Santomen, The Rev. John Buchanan and The Rev. James Nolte. Memorial gifts may be made to the Uniontown United Methodist Church, to a homeless ministry or a battered women’s shelter. www.SchneebergerFuneral.com Schneeberger 330-456-8237

THE REV. RICHARD LEE BURNS, UNITED METHODIST MINISTER The Rev. Richard Lee Burns, 88, of Uniontown died May 1, 2018. Born in Akron, in 1930, he grew up in Uniontown (East Moreland), and attended Uniontown Public Schools where he graduated in... View Obituary & Service Information

The family of Rev. Richard Lee Burns created this Life Tributes page to make it easy to share your memories.

Send flowers to the Burns family.