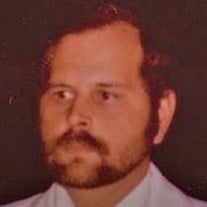 Robert (Bob) R Hardie Bob was born September 28th, 1950 in Canton. He went home to be with Our Lord on Tuesday, January 16th surrounded by his loving family after a long, hard fought battle with Cancer. He was a loving father who taught his son Rick the morals and principles to be a great man. He was a devoted Brother and wonderful Grandfather. Bob was a 1969 graduate of Timken High School. After graduation he enlisted in the military and was sent to Vietnam where he served in the Navy on the USS Midway, the largest ship in the world until 1955 and also the first ship too large to transit the Panama Canal. After his first two year enlistment was up, Bob re-enlisted for two more years so he could continue to serve his Country. Bob loved his job at Riverside Towers in Coschocton, Ohio where he worked as the Maintenance Supervisor until his retirement two years ago. He loved hot dogs, fishing, and the outdoors. He also loved any work that gave him the opportunity to use his hands. He was a jack of all trades. Bob is preceded in death by his parents Robert E and Evelyn L Hardie of Canton. Also his sister Beverly (Warden) Hardie of Massillon. He is survived by his son Rick Hardie (fiance Barbara Daily) of Canton. His two sisters Helen (Steven) Potirakis of North Canton and Linda Decker of Canton. Two grandchildren, who were the twinkle in his eye, Bret Owen and Kylie Elizabeth. Also Dakota Daily who he treated like his own Grandson. Bob is also survived by several nieces and great nieces and nephews and great nephews. A special thank you to Bob's dear friends Bea and Bill Guilliams of Coshocton, Ohio. Bob thought a lot of them and often referred to Bea as his right hand. Also a special thank you to Chet (Barb) Porter who was a life-long friend. In lieu of flowers donations can be made to Compassionate Care Hospice. Reverend Robert Warden will be officiating on Friday February 2, 2018 at Twelve Noon in the Schneeberger Funeral Home. Friends will be received from 11 am to Twelve Noon. Burial with military honors will follow at 2:30 pm at Ohio Western Reserve National Cemetery.

Robert (Bob) R Hardie Bob was born September 28th, 1950 in Canton. He went home to be with Our Lord on Tuesday, January 16th surrounded by his loving family after a long, hard fought battle with Cancer. He was a loving father who taught his... View Obituary & Service Information

The family of Robert R. Hardie created this Life Tributes page to make it easy to share your memories.

Send flowers to the Hardie family.