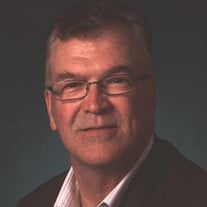 Roger Aaron Mayberry Roger is survived by his wife Carla Mayberry and her family; his sons, Robert (Talina) Mayberry and their four children, Jason (Ashley) Mayberry and daughter, Morgan (Cale) Gross; his mother, Bonnie Alvarez; brother, Larry (Chris) Mayberry; sisters, Peggy (Roger) Burkheimer, Sharon (Don) Charnetzky; sister-in-law, Carol Mayberry, and his many nieces and nephews. Roger leaves behind many dear friends, especially Mark McNutt and the Arlington Avenue Church of God Family. Preceded in death are his father, Fred Mayberry, step-father, Joe Alvarez, sister, Patricia Ackerman and brother, Bill Mayberry. Roger was a 1978 graduate of Canton South High School. Roger was fulfilled, living his life, to serve and please the Lord, mastering carpentry, gardening and fishing. He loved helping others especially instilling the love of the Lord with his children. He is remembered for his quick wit, selflessness, strength in truth and wanting the best for others. What earth has lost God has lovingly reclaimed for His courts above. We are forever grateful for the support of Tri- County Oncology and Hematology staff and Aultman Hospice that fought this cancer battle with us. A celebration of life will take place at The Arlington Avenue Church of God, 142 Arlington Ave NW Canton OH 44708 on Saturday May 27, 2017. Calling hours will be held from 10-11a.m. The service will follow with Pastor Web Parsons officiating. In lieu of flowers memorial contributions can be offered to Arlington Avenue Church of God or Aultman Hospice, 2821 Woodlawn Ave. N.W. Canton, Ohio 44708. www.SchneebergerFuneral.com Schneeberger 330-456-8237

The family of Roger A. Mayberry created this Life Tributes page to make it easy to share your memories.

Send flowers to the Mayberry family.