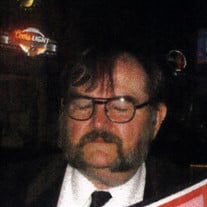 Thomas A. Criss passed away October 5, 2015 after a brief illness. Born July 17, 1948, Tom was a lifelong Canton resident. He served on board the USS Liberty in the U.S. Navy and retired from the Timken Co. in 2010. Preceded in death by his father, William Criss; mother, Lorita and stepfather, Steve Bukovinsky; nephew, Stephen Criss. Tom will also be reunited with his long time best friend, Larry Fulmer. Survived by his wife, Melody; four children, Shane, Billy (Rachel), Joe and Grace; 16 grandchildren, Tom is also survived by brothers, Bill (Lynn) Criss and Rick (Sam) Criss; sister, Holly (Joe) Ferguson; and many nieces and nephews whom Tom loved very much. There is no way to put Toms life and character into words. This is truly the hardest thing I have ever done. Tom loved people so much. He was always the first to offer help when help was needed. He had a special way to make everyone smile no matter the circumstances. Tom enjoyed going to car shows, doing needlepoint and fishing. What he enjoyed most was spending time with his sixteen grandchildren, Brooke, Christian, Aubrey, Ethan, Ashton, Aiden, Derick, Lily, Parker, Mia, Abbey, Jordan, Melody, James, Ashley and Michael. Whether they were building with Legos, fishing or watching movies the kids and Poppy were constantly smiling. In recent years Tom loved taking Melody for rides in the Mustang. Their special trips meant so much to the both of them. Tom also had his mischievous side, you could always find him picking on someone (mostly Heather). Tom always greeted you with "I have a joke for you" and whether it was funny or not we all would laugh. Tom will be tremendously missed by all who knew him. Whether you have known him your whole life or just a few short years, he somehow made an imprint on you. For that we thank him

Thomas A. Criss passed away October 5, 2015 after a brief illness. Born July 17, 1948, Tom was a lifelong Canton resident. He served on board the USS Liberty in the U.S. Navy and retired from the Timken Co. in 2010. Preceded in death by his... View Obituary & Service Information

The family of Thomas A. Criss created this Life Tributes page to make it easy to share your memories.

Send flowers to the Criss family.