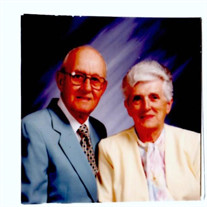 Vivian Mae (Anderson) Crawford, age 95, passed away Sunday January 30, 2022. She was born January 5, 1927 in Canton, Ohio to the late Thomas A. and Pearl G. (Juergens) Anderson. She was preceded in death by her husband of 58 years, Thurman E. Crawford, and sisters Francis Snyder Fessler, Betty Miller and as an infant, Barbara. She is survived by her sons Timothy (Paula), Thomas (Cheryl), Brian (Marilyn), and Jeffrey (Pam); grandchildren Matthew (Kathy), Courtney, and Caleb Crawford, Eric (Lisa) and David (Renee) Crawford, Jacqueline (Rich) Collins, Joshua and Jessica (Susan) Crawford; and 9 great grandchildren. After graduating from Lehman High School in 1945, she moved to Washington DC and worked for the federal government. While in Washington she met Thurman, who was serving in the Navy, at an amusement park. They dated for 4 months, and on August 10,1946 were married. They then moved to Brooklyn, New York, where Thurman was stationed. They returned to Canton in 1947, at which time Vivian became a stay at home mom. In 1963 she began working outside the home at Motive Parts and later Carburetor Sales and Service. Vivian and Thurman enjoyed RV camping at local campgrounds, and a few summer excursions out west. They also enjoyed fishing whenever they could, especially at Mosquito Reservoir and Lake Milton. From the late 50's to the late 80's they would usually take an annual trip to Canada fishing at Lake Nipissing, the French River and other lakes northward. Vivian attended Calvin Presbyterian Church, was active in ABWA and the Lehman Alumni Association. Since 2006 she lived at Canton Christian Home, first in independent living, and in later years assisted living. There are no services planned at this time. Those wishing to honor her memory in a tangible way are asked to consider a donation to the benevolence fund of Canton Christian Home, 2550 Cleveland Ave NW, Canton, Ohio 44709.

Vivian Mae (Anderson) Crawford, age 95, passed away Sunday January 30, 2022. She was born January 5, 1927 in Canton, Ohio to the late Thomas A. and Pearl G. (Juergens) Anderson. She was preceded in death by her husband of 58 years, Thurman... View Obituary & Service Information

The family of Vivian M. Crawford created this Life Tributes page to make it easy to share your memories.

Send flowers to the Crawford family.